Dr. Jason Zieren was born and raised in Carmi and received both his undergraduate and DVM degrees from the University of Illinois in Champaign. He is a 2nd generation veternarian and was able to gain much knowledge from working with his dad who owned the Carmi Veterinary Clinic. Jason opened the Hawthorne Animal Clinic after graduating from veterinary school in 2002. He was also a partner and board member of the All-Pet Emergency Clinic located in Evansville for several years. He enjoys hunting, snow skiing, and running. He and his wife, Jennifer, have a daughter, Isabella, and a son, Carter. Dr. Zieren also has a Cavalier King Charles Spaniel named Lucas, and two cats named Wyatt and Justin (named by his children). 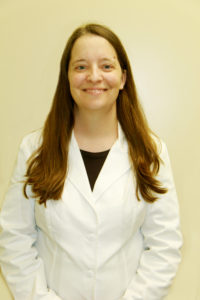 Dr. Gretchen Green was born and raised in Mt. Vernon. She graduated from Mt. Vernon High School in 1996, Indiana University in 2000 and University of Tennessee College of Veterinary Medicine in 2004. She practiced in Madison, Indiana for 6 years before moving back home. Dr. Green is especially interested in dermatological and internal medicine cases. She and her husband, Bill Baumgart, have one daughter. When she is not working, she enjoys playing violin in the Wolfgang Orchestra, relaxing at home with a good cup of coffee, and baking. Spending time with family is what she treasures most. 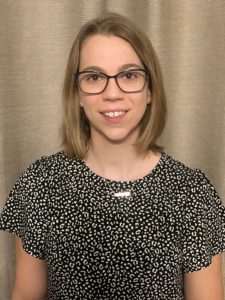 Dr. Cate Osterman was born and raised in Evansville, IN. She grew up loving to care or animals and was highly involved in the Vanderburgh County 4-H Program where she was a 10 year member and currently serves as the superintendent of Veterinary Science. Dr. Osterman attended Purdue University for both her Bachelor’s in Animal Sciences (Class of 2015) and Doctor of Veterinary Medicine (Class of 2018) degrees.

Dr. Osterman joined Hawthorne Animal Clinic June 2021 after spending 3 years in a mixed animal practice. She currently is advancing her training in ultrasound to bring additional diagnostic imaging modalities to Hawthorne. Outside of the clinic, she enjoys spending time with her husband Drew and their 3 greyhounds: Tater, Nora, and Jughead.